With the new Michigan Supreme Court seated in January, the coalition is ready more aggressively to pursue a parallel legislative and legal strategy that positions the Earned Sick Time Act for review by the Supreme Court next year. Due to the steps that need to be taken to set up an eventual Supreme Court opinion, the coalition will need a robust legal fund.

Additionally, given that the threat of a favorable Supreme Court ruling may lead the legislature and the business community to find a policy solution, the coalition must be adequately staffed and prepared to ensure that any legislative strategy includes, and is influenced by, the coalition. 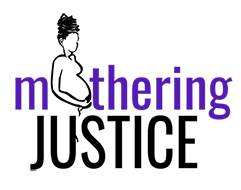 Mothering Justice is a non-profit 501(c)3 organization. Through advocacy, leadership development, voter empowerment, and promoting family-friendly advocacy, Mothering Justice will  raise the voices of mothers and help them become policy makers and shapers. The overall goal of this organization is to empower a well-organized group of mothers that can engage fellow mothers and law makers around a variety of issues that affect working families. 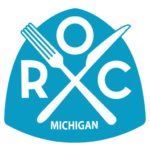 Founded in 2008, the Michigan chapter is a large and active chapter of ROC United. We consist of hundreds of restaurant workers, employers and engaged consumers statewide, who are united together to improve working conditions and raise wages in the restaurant industry.

The Michigan chapter, as it reflects the mission and vision of ROC United, aims to advance the interests of restaurant workers by engaging them as leaders in our organizing efforts, connecting them with other restaurant workers, High Road restaurateurs, policy-makers, consumers, voters, and institutions, and expanding and deepening their skills and voices in the industry.